It was no surprise to any of my friends or family when I told them that for the fourth summer I was going to hop on a plane in London to my second home in the Malibu Mountains. The first summer I came here, I was terrified. People were dancing around during the birkat hamazon and constantly giving each other warm hugs (very out of my British comfort zone!).

However, it didn’t take me long to realise that being a camp counsellor is one of the greatest things you can do, and soon I became a hugger too. It is hard to do my camp experience justice with mere words, but I can tell a story. 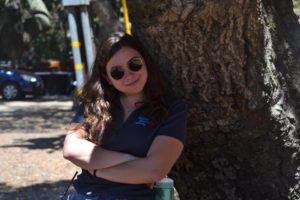 Last week, a camper with special needs was doing the zip line, but was worried of falling. Without hesitation, every single member of staff in the area lined the revene below the zip line, and put their arms up while cheering for him. There was sheer joy on his face when he finally completed it and realised he had faced his fear surrounded by such supportive and loving counsellors. We were all just as proud of him as he was for himself. To me, this is camp in a nutshell.

I come back every summer because I not only love the connections I have with the people and the place, but I also love the person I become here. You never think that giving campers the summer of a lifetime would change your own life, but every year I return to England a more open-minded and confident person. And yesterday when my mum called me, she asked me how I was doing. I told her that it feels like I am being paid to be happy.