There is something about sleeping on a cold Malibu beach, waking up damp from the sea with wet hair and clothes, that brings you really  close to the people around you

On the first day of camp, Talia and I were picked up from the airport and driven to the campsite in an area known as Sylmar, approximately an hour from the centre of LA. On the car journey to camp, we were told, (and terrified to hear) that we would be sleeping outside on a beach just a few days later, with people we had never even met. In all honesty, hearing this kind of news as soon as you step off a plane is not something I was happy about. Although, to my dread, the day finally came, and we set off for the beach for our staff week overnight. Looking back, it was probably my favourite moment of camp. I can’t tell you what exactly it is, but there is something about sleeping on a cold Malibu beach, waking up damp from the sea with wet hair and clothes, that brings you really, really close to the people around you. From that moment on, as strange as it sounds after 3 days of knowing each other, the strangers around me became my family. 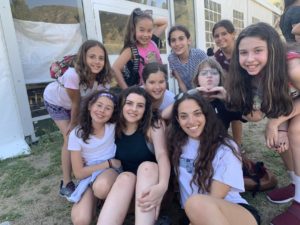 While on camp, I worked as a general counsellor looking after 12, 11 year old girls. I quickly learned that being a counsellor is one of the most rewarding things I have ever done. To bring happiness to the children you look after and to simply see them smile from something you have said or done truly means the world at camp. It just shows you that going to camp gives you the opportunity to make such a positive impact to other’s lives, a really rewarding feeling. Making such a difference also gave me the confidence in so many ways; and to see my enthusiasm and positivity from my love and happiness for camp extend to my campers was so special.

When I signed up to camp, I was prevalently made aware how difficult this particular year of camp was meant to be. Following the Malibu forest fires in 2018, JCA’s cherished campsite and home was sadly burnt to the ground. For an American summer camp, this kind of event is extremely devastating to all the children and counsellors who have been going for years. Amazingly, the camp leadership was able to find a camp site to rent, while they began repairs on their previous camp home.

Before arriving at camp, I don’t think I realised to what extent such an event would have on the people who have 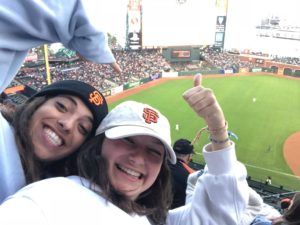 been going to camp for years. Despite such a setback however, it seemed to have made the camp an even more special place. I was amazed by the community that came together; one that welcomed every single person there. What the staff tried to encourage, but what I noticed the children already believed the minute they arrived, was that camp is about the people, not the place. The community was astonishing, 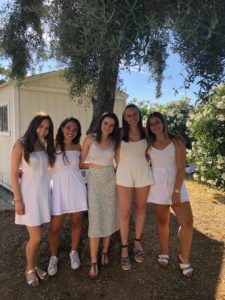 and it is unparalleled by any I have ever known- it creates an atmosphere which not only encourages individuality but cherishes each person for their differences and passions. This undoubtedly must be what camp meant to me this summer- just a unique environment to be myself.

When camp ended, we were informed of the regular camp staff tradition to travel to Las Vegas the next day, and of course, we obliged. I won’t go into details on the actual events of Vegas, because of course what happens in Vegas stays in Vegas, but I will say that this was probably the best way my first year at camp could’ve come to an end. 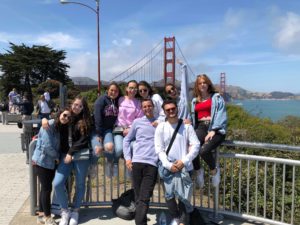 Being all together, in a crazy environment was the nicest way to say L’hitraot (a see you soon), to all my new American and international family. Following this, having the amazing opportunity of travelling for 30 days after camp, a small group of us continued our travels to San Francisco, San Diego and then back to LA for a week or so. The travelling after camp solidified all my new friendships and was the best way to relax and have fun after the most rewarding summer ever.[/vc_column_text][/vc_column][/vc_row]