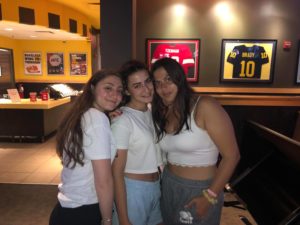 I am a first year general counsellor at Tamarack Camps in Michigan, going into the unknown I was nervous yet excited about. I felt I had no idea what I was doing, and was worried about how I would be a good counsellor. It took no time at all before my skills were tested, and I proved to myself that I was capable of looking after all these small humans. The confidence I had in myself has massively increased, particularly following a particular situation I encountered.

I had a 7 year old camper who had an extremely troubled and complex background, which resulted in all sorts of consequences on her as a person. When she arrived on the first day I immediately saw that she had been crying for hours prior to us meeting. She refused to speak to anyone, wouldn’t say her name, make eye contact, nothing. No one could get through to her. I was searching for some kind of way in to connect to her, but nothing was working. I eventually noticed the cuddly toy she was clinging onto, and tried to enforce it as a mouthpiece between the two of us. It worked, and from then on, I had her trust. This camper wouldn’t speak to any staff, let alone other campers. She wouldn’t even say her part in the count off, cheer spirit or say her roses/thorns of the day. As the days passed, she would cling to me more and more. It is an amazing feeling to know someone trusts you in such a way, but I knew I needed to try and socialise her with the other campers, they all wanted to be her friend but she lacked so much trust in them and herself. I tried to subconsciously lead her to her bunk mates, and slowly but surely I saw tiny outcomes. Letting people brush her hair, holding hands with a friend, making eye contact, no matter how small, it was something. 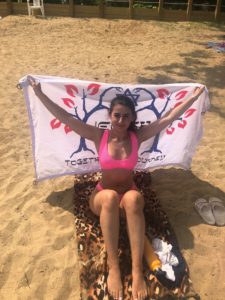 You think you can’t change someone in just 10 days, yet the change we all saw was un-doubtable. This camper arrived without the confidence in herself or trust in others. I used the bunk count off as a comparable metaphor for her time at camp; at first she wouldn’t even say her part in the count off, but by the end, she was screaming it louder than all the other campers.

Having mini campers for one session, I was worried about the strength of a relationship I could build with each camper, as well as the lack of long-lasting effect one could have one a child in just 10 days, yet from receiving an email from her mother, it became clear how much good you can do to a child in such a short amount of time. This experience was the time I realised that I must try my hardest to understand why a child is the way they are, and the psychology behind their actions. With a lot of patience and love, it was the best shot I had at trying to help this camper, and every other camper to have the best summer of their lives.

I came to camp hoping that I would teach the campers some valuable life lessons, and it turns out the campers were teaching me just as much in return.