Summer camp is a great addition to your CV

Here’s an undeniable fact: University summers are long. Almost as long as a semester. And these summers are probably the last time you’ll get 3 months to do anything you want. So, for me, spending those three months experiencing something less than fantastic seems like a waste.

However, at university, it seems that everyone’s feeling the pressure to spend their summers developing job skills. These days we need to make ourselves stand out from the crowd to get hired. To some it seems that the only way to do this is through internships and office work – but I couldn’t accept that. There had to be a way of spending my last huge summers having fun without sacrificing my future career.

I was told before going to camp that it would change me in the best ways. I was told that at camp you’re a whole new version of yourself, and after leaving you’ll never quite be the same again. After spending my summer at camp JCA Shalom I can say this is definitely true, but I never expected that camp was actually giving me amazing work experience.

Without even trying, I matured in so many ways, both personally and professionally. Now, five months on, I can see how lasting those lessons were on me. So, to go along with the blogs about the lifelong friends, the wonderful new culture and the sunshine, I wanted to create a post highlighting something less talked about. Camp is a wonderful form of employment, one that helps you build skills relevant to almost any job in the world.

Because camp affects everyone in a different way, I’ve put just a few skills I’ve developed solely by spending 2 and a half months working for camp JCA Shalom. I’d happily bring them up in any interview and encourage everyone else to mention their camp along with their internships and part-time jobs.

Working as a camp counsellor is an incredibly intense development of leadership skills. To be hired, leadership experience was necessary, but after spending a few days there I realised there’s a huge difference between having leadership skills and being a great leader. Kids at camp automatically respected everyone in a staff shirt, but I learned that true leadership requires far more than simply respect. As well as a respected logistics organiser, I learned to become: a teacher, a trusted confident, a friend to share positive experiences with, and a role model. To parents and campers alike, I represented camp. When they left and thought of their summer, a huge part will always be their counsellors. Everything I did left an impression, so I made sure to push myself to be the best version I could be. Without being a camp counsellor, I don’t think I could see how a great leader doesn’t just manage the group: they combine all their best qualities to make the experience unforgettable.

It can be quite hard to prove to an employer that you have exceptional work ethic, until you have something like ‘camp counsellor’ on your CV.  A counsellor’s hours are long and work is draining – very different to any 9-5 job you’ll ever find! Imagine a day where 8am and 8pm could be worlds apart, as more was packed into those 12 hours than you could pack into an average few days. It’s wonderful to think that you actually squeezed the day’s minutes to their last drop. But you can’t have this without learning how to turn hard work into enjoyment. With a day so long, you realise that a job isn’t about waiting to finish, but about finding joy in what’s in front of you. True work ethic is about being able to dedicate yourself fully to the task at hand, foras long as is necessary. Camp taught me that putting my all into my job is not only rewarding, but something that turns a day job into a series of wonderful experiences.

As much as I might talk about my skills in applications, it would be a lie to say that I don’t have my weaknesses and insecurities. I am human, after all. And I’m not claiming here that camp solved all my problems, but it change my mentality in a completely unexpected way. When I had twelve campers to look after, being their point of call almost twenty four hours a day, I suddenly realised that I didn’t have the energy to be insecure and do a good job. I had so much to do, like making sure the kids were eating enough, how could I spend my time worrying about something that may or may not happen? And, funnily enough, the minute I decided I didn’t have time to be insecure was when I stopped being insecure. I realised that a lot of my limits existed in my head, simply because I spent so much time worrying about them. Camp JCA Shalom pushed me to work harder, and in doing so I accidentally discovered that my limits are far further than what I expected. It’s very rare that you can point to a time in your life and say exactly where things changed. However, I can honestly say that my summer at camp JCA Shalom made me realise something huge: I can only be as great as I’ve decided to be.

So to all those sitting on the fence about how to spend their summer, and are determined to do something productive, I want you to keep one thing in mind. Whatever you chose to do, you will build skills. You’ll discover things about yourself and the world in new and different ways. But the real test of an experience is to see how long the effects last, and see how deeply it impacted you. Two and a half months at JCA Shalom built me up in so many ways. By having the opportunity to put in so much, I left with every side of me developed: more dymanic  professionally, stronger personally and wholey more open. Now more than ever, I’m ready to give my all to the next opportunity that comes my way. Without Jewish Camps USA, I’m can’t imagine what my mindset would be like right now. 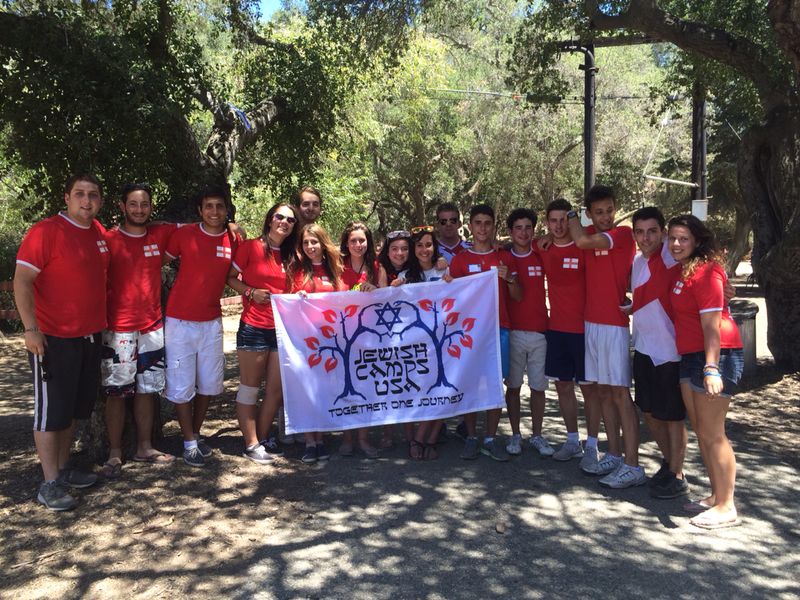